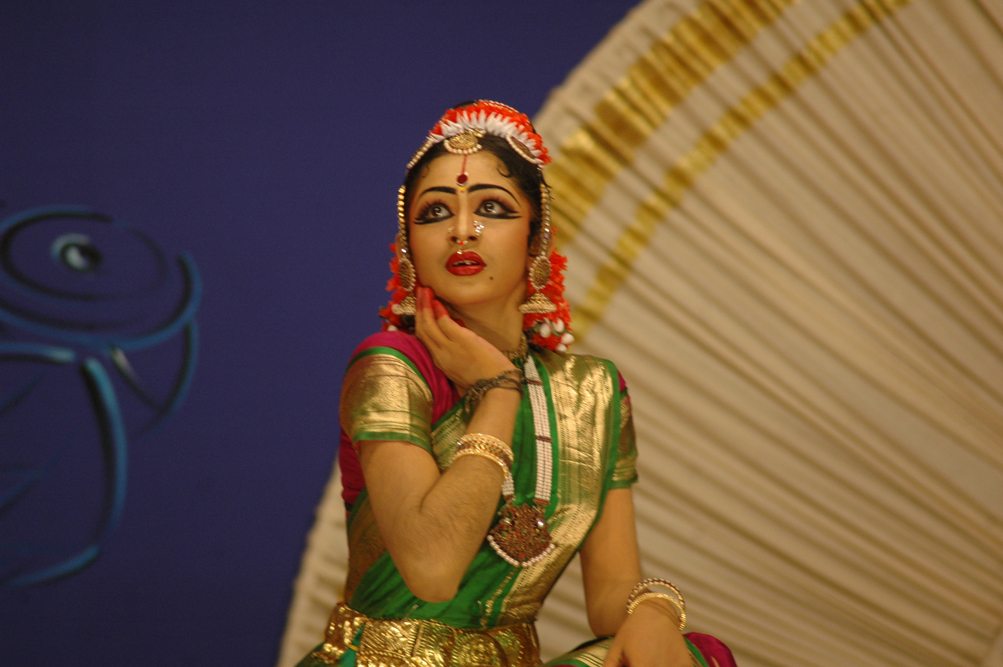 Aishwarya, daughter of A.C. Krishnakumar and Sandhya Raja, belongs to the royal family, �Chirakkal Kovilakam , in the north Malabar region of Kerala. She was initiated into the field of dance at a very tender age of five and has since then won many laurels and prizes which include a Kalathilakam in 2003 by the Sahodaya Malabar Region Kalotsavam 2003.

Aishwarya was only eight year old when she did her arangettram at Mookambika Temple, Kollur, ably guided by her then guru Sri Raju Master, Kannur. A dancer by choice, she is pursuing her studies in Bharatanatyam under RLV Anand who has been instrumental in helping her bag awards and a Gold Cup sponsored by the Jawaharlal Nehru Education and Charitable Foundation for securing first in Bharatanatyam in Kerala State Kalotsavam 2010. Although the title Kalathilakam no longer exists in Kerala school kalolsavams, she remained the top scorer consecutively for over a period of four years, which is a rare achievement in the history of the State Kalolsavam. Although her main concentration is on Bharatanatyam she did bag positions in Kuchipudi as well as Mohiniattam in State Festivals.She had a small stint with Kathakali as well and took part in 48th State kalosavam at Thiruananthpuram….

She gave her first two-and-a- half hour long solo recital when she was only 12 years old at Padmasree Auditorium, Kozhikode. The occasion was graced by Padmasree Sri Dhananjayan Master, Chennai, who accredited her as a person who possesses all the ten vital qualities of a dancer. Aishwarya arrests the attention of her audience by her simplicity and grace. She is an intelligent dancer who uses loka dharma and natya dharma to suit her abhinaya to convey the meaning of the lyrics in a manner endearing to the masses.

Aishwarya has staged many programmes in her home state Kerala as also Chennai at Gana Mukunda Priya Sabha and Swath thirunnal Fest at Adayar, Chennai. She is a recipient of CCRT scholarship in Baratanatyam for the past 5 years. She has been a regular performer in KALABHARATI NATIOONAL YOUTH DANCE FEST in 20014 and 2015. She had jjust performed for “Nishagandhi” at Techno Park, Thiruananthpuram conducted by Surya Krishnamoorthy.

In her school days she had equally excelled in academics and was presented with a 12 gms Gold Coin by her school viz: THE SILVERHILLS HIGHER SECONDARY SCHOOL Aishwarya scored 100% marks in her 10th, 11th and 12th final exams. She is now persueng her studies in Medicine at K.S Hegde Medical College ailiated to Nitte University at Mangalore………..